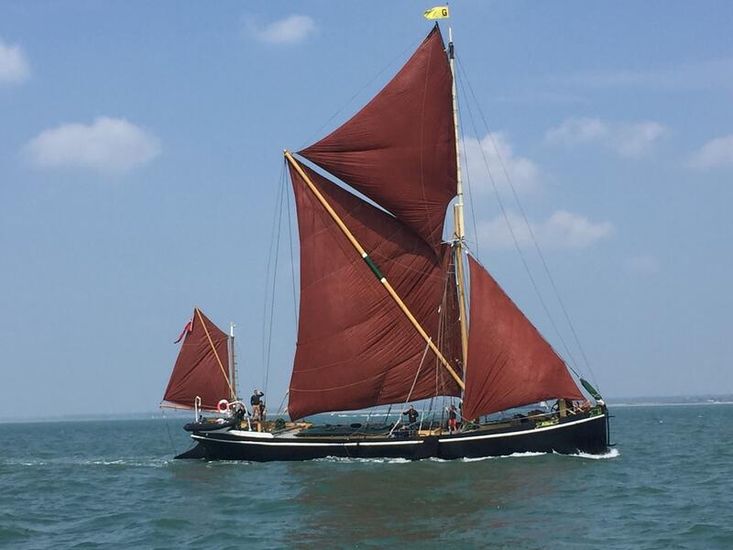 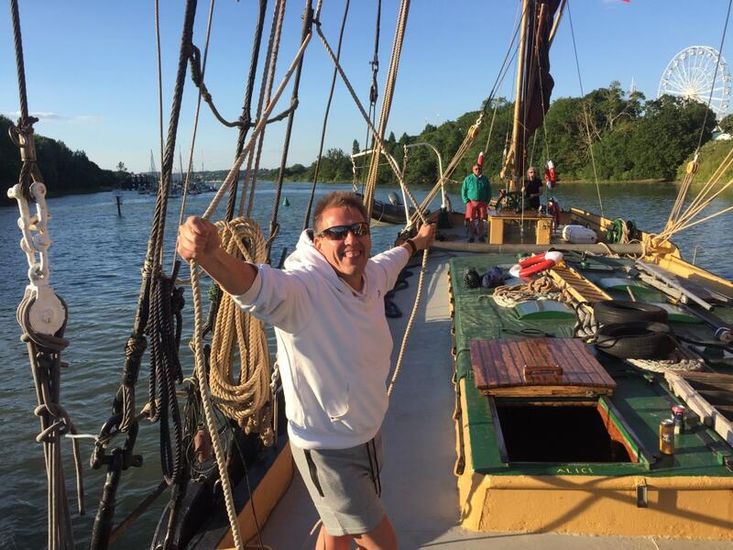 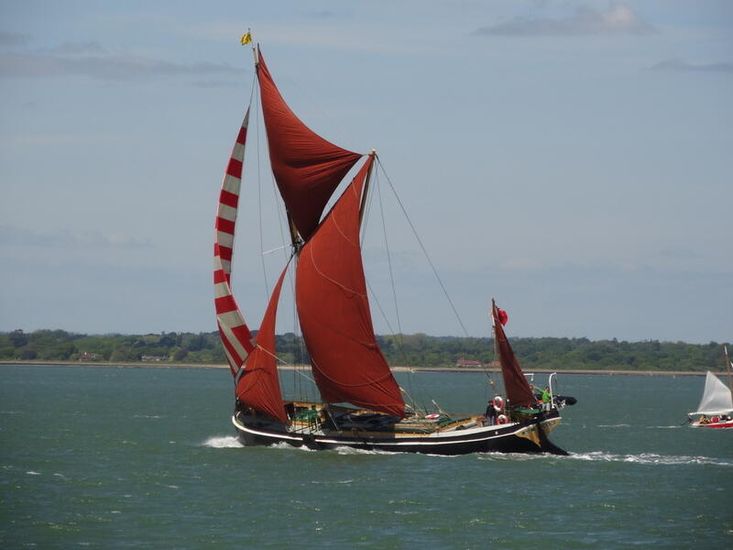 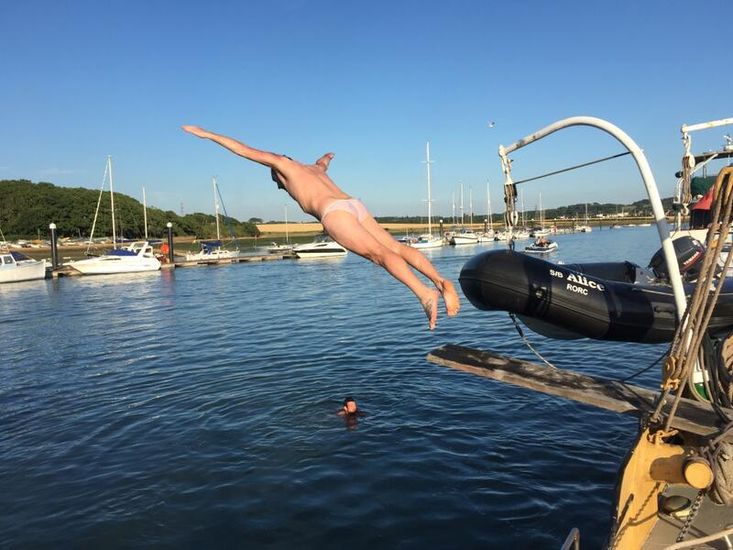 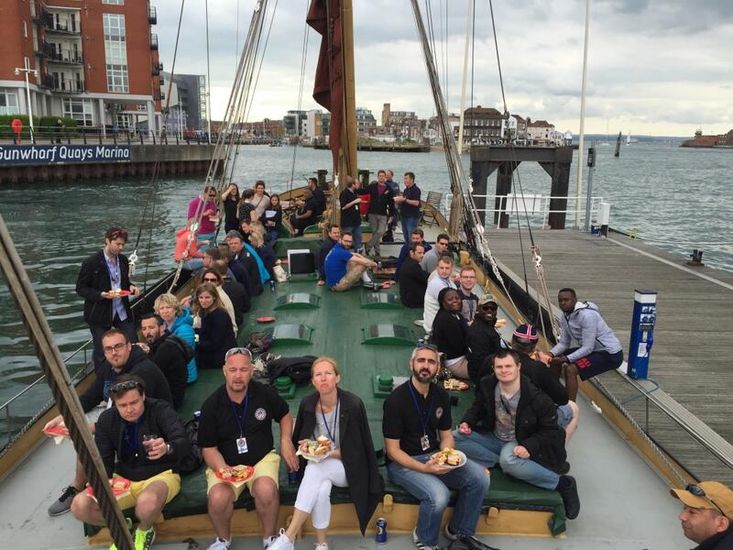 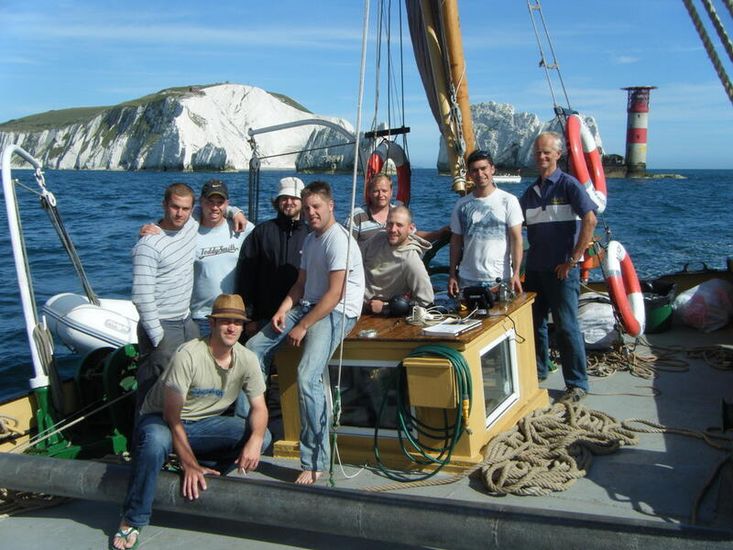 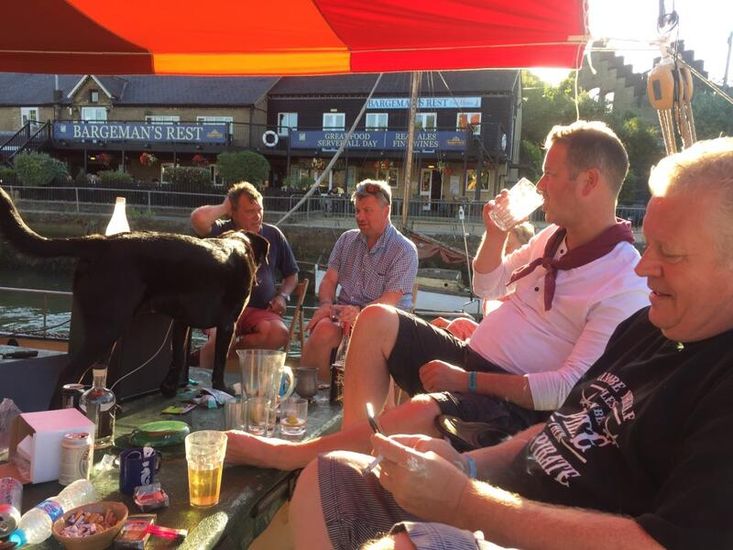 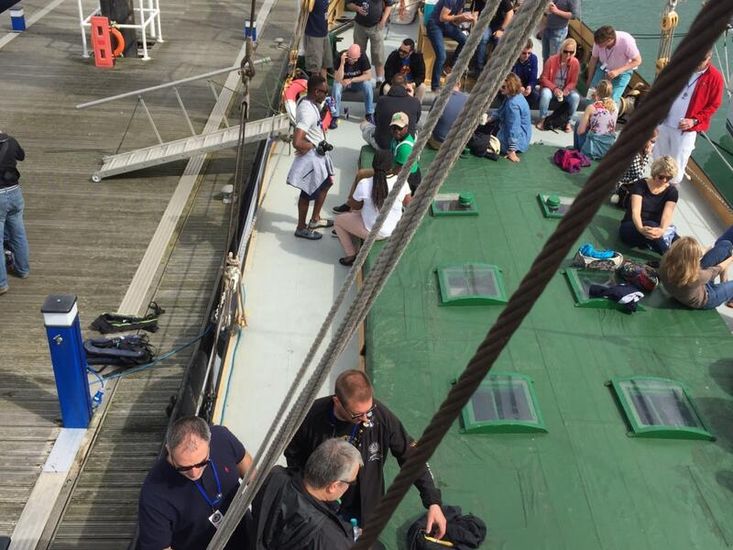 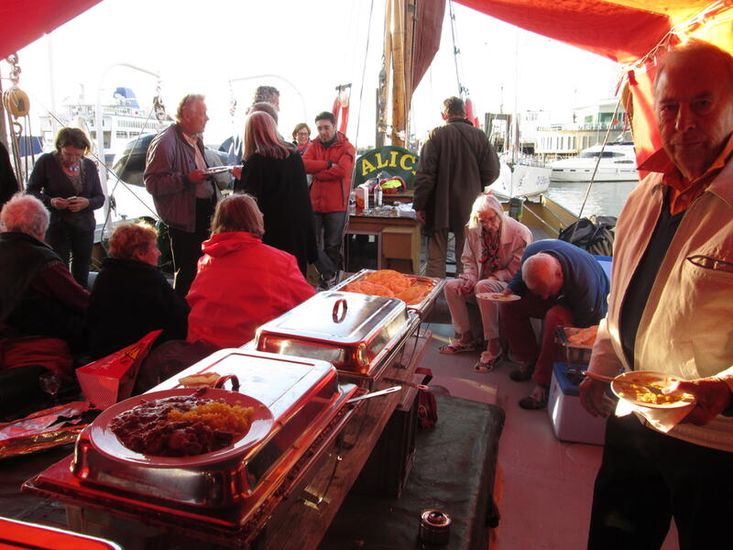 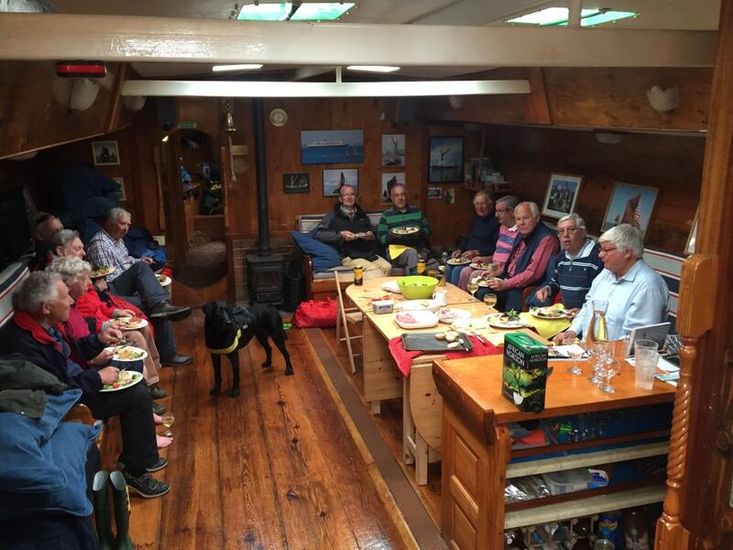 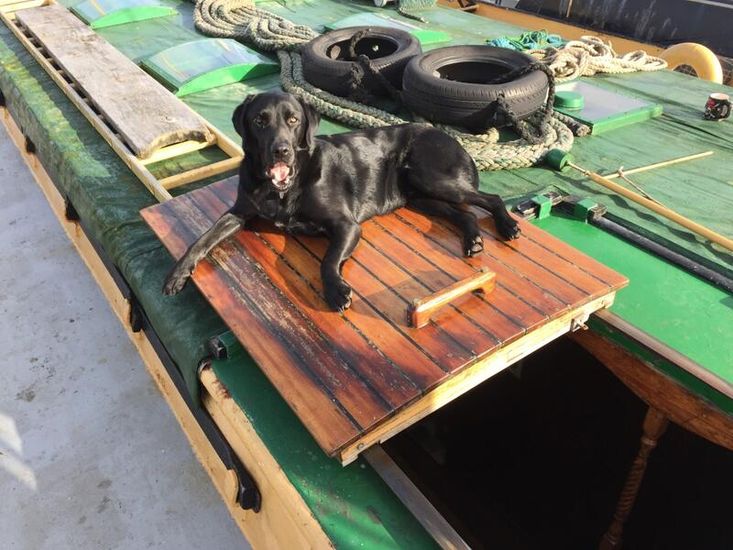 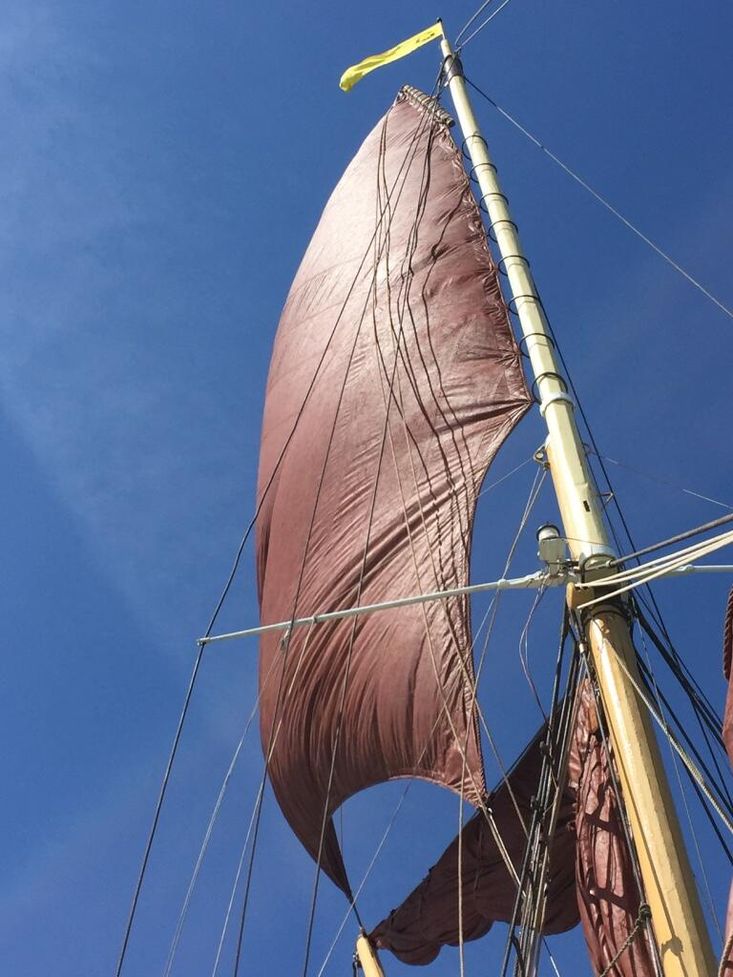 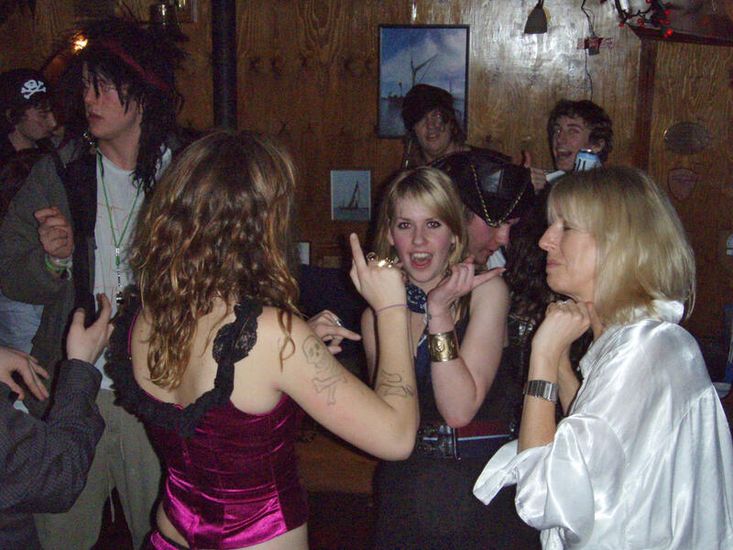 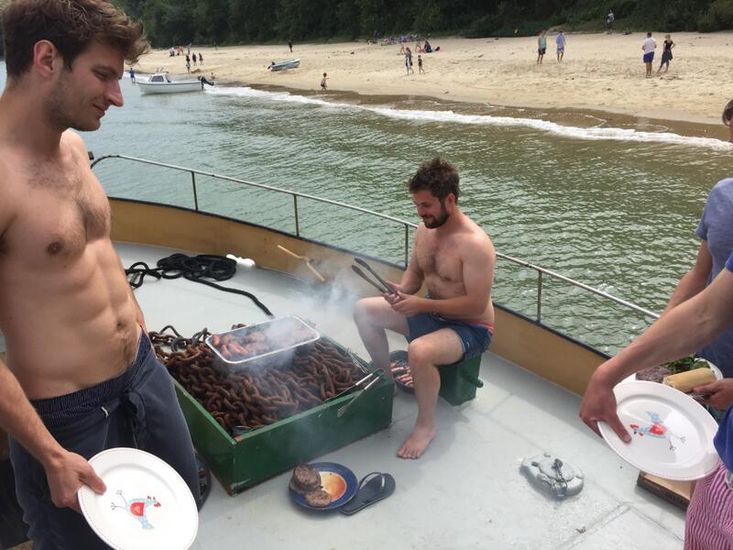 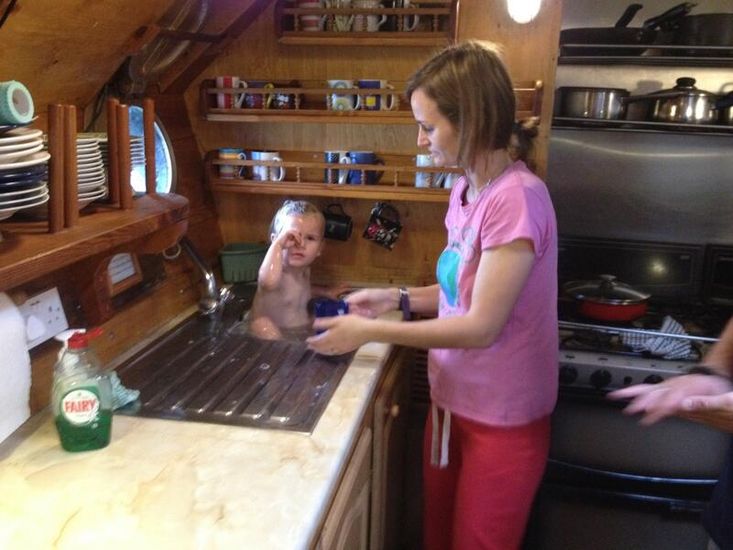 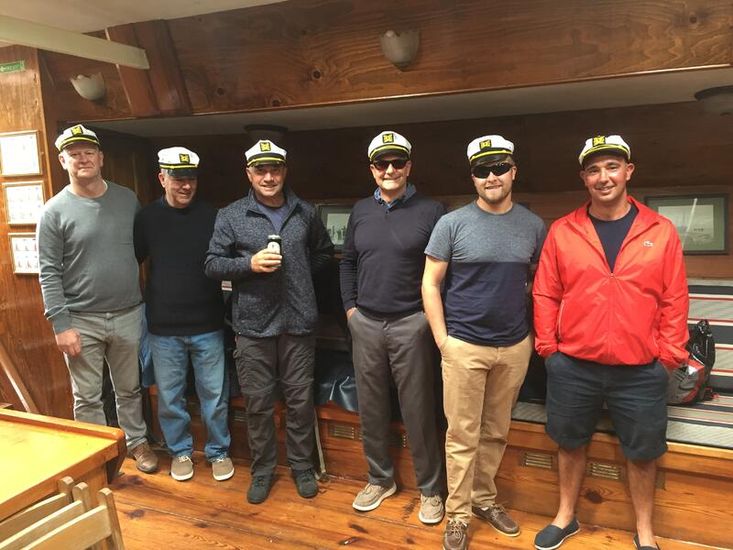 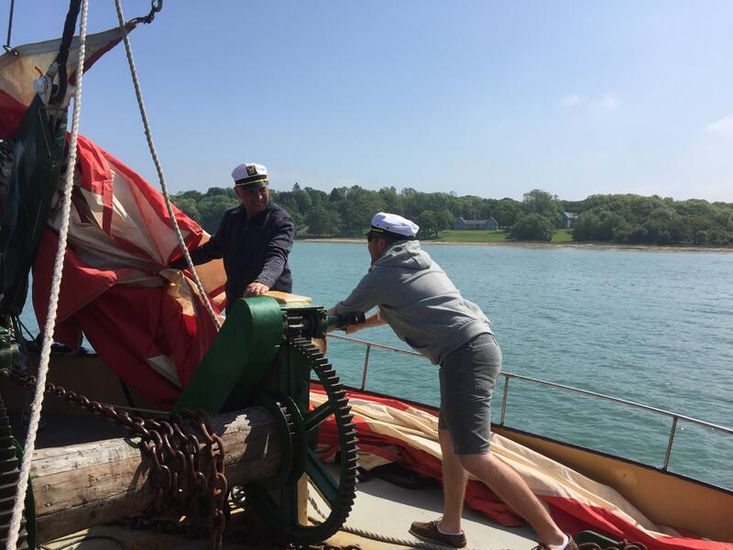 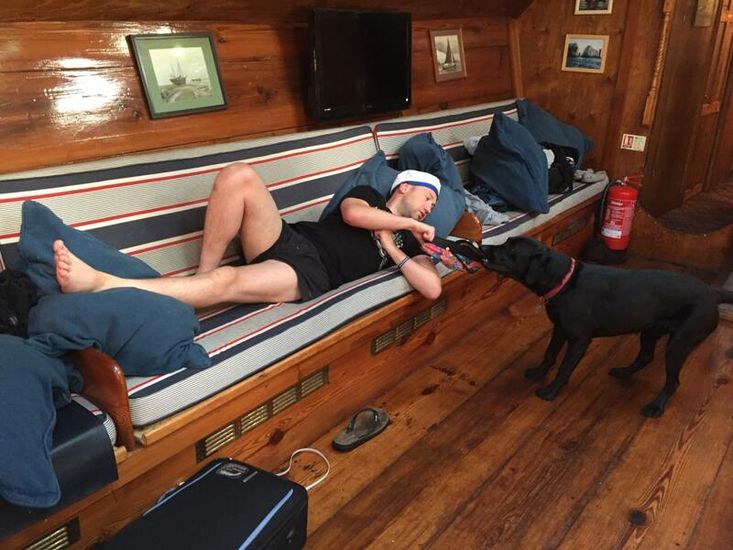 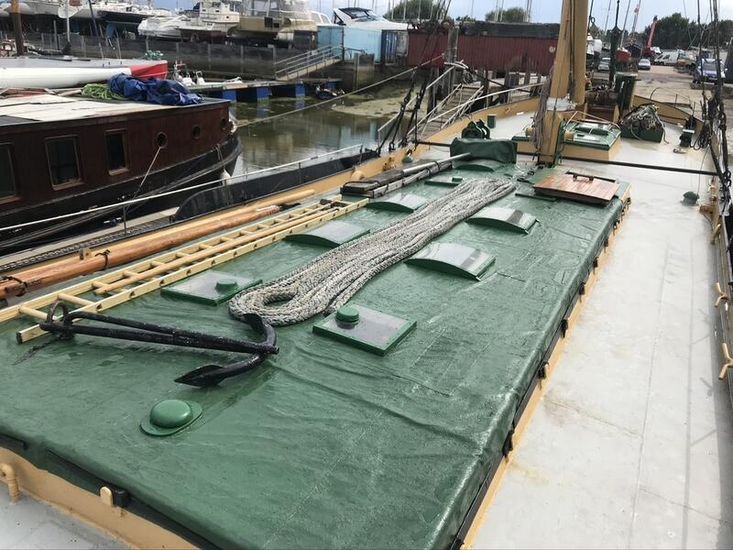 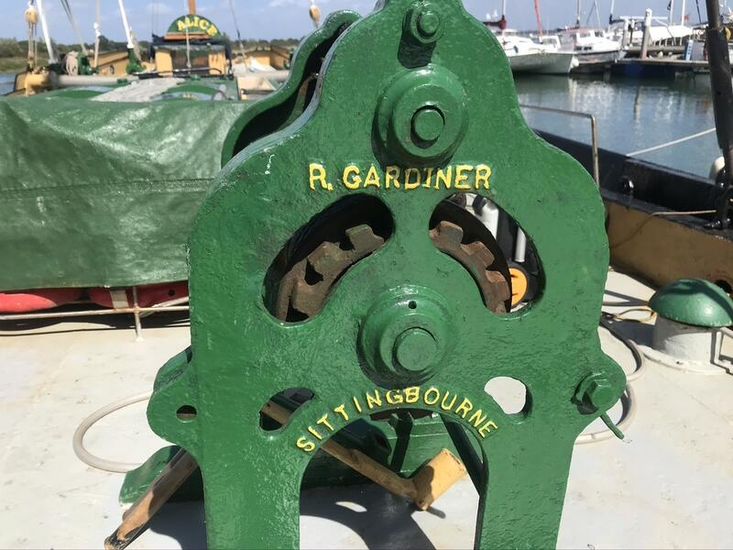 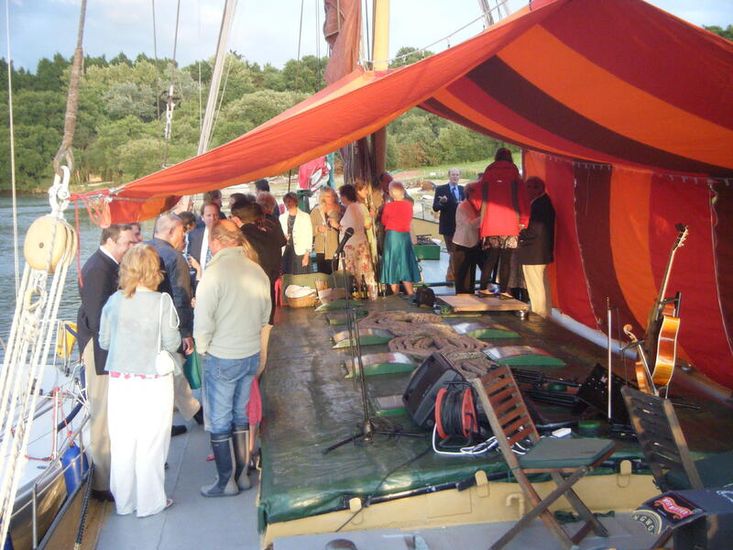 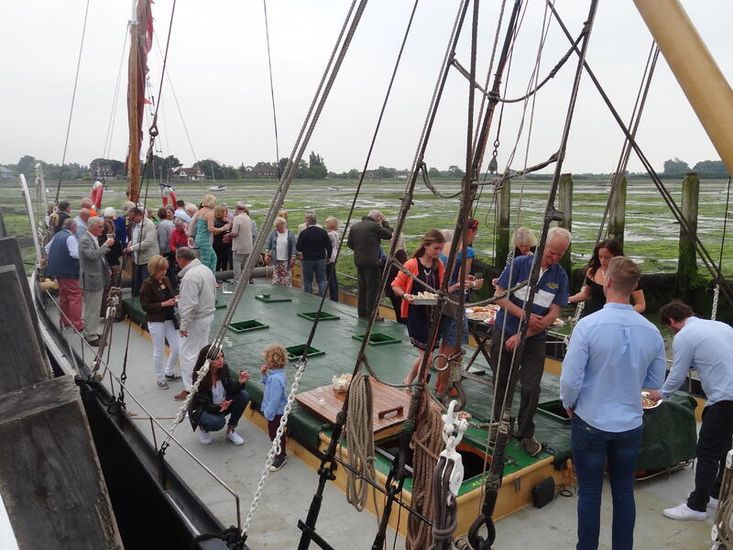 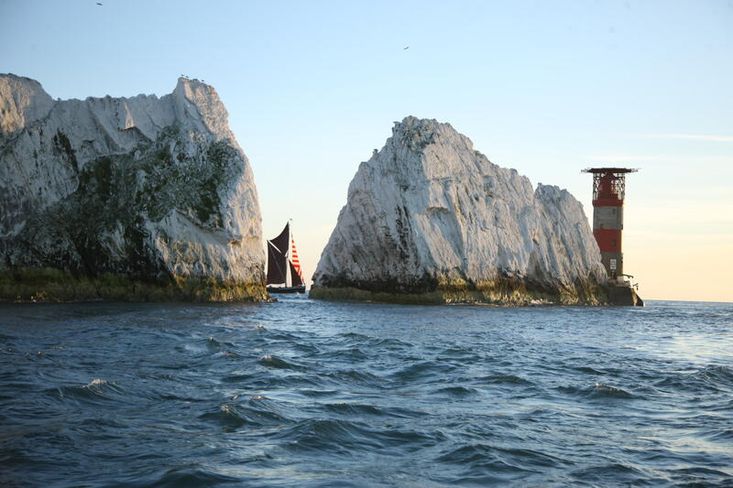 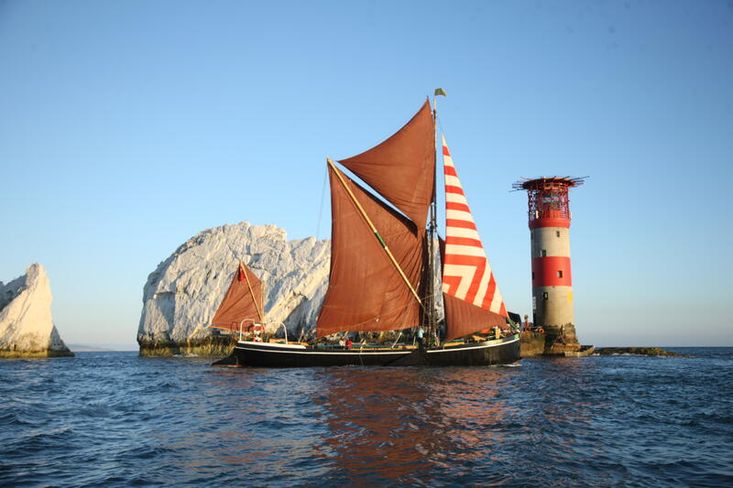 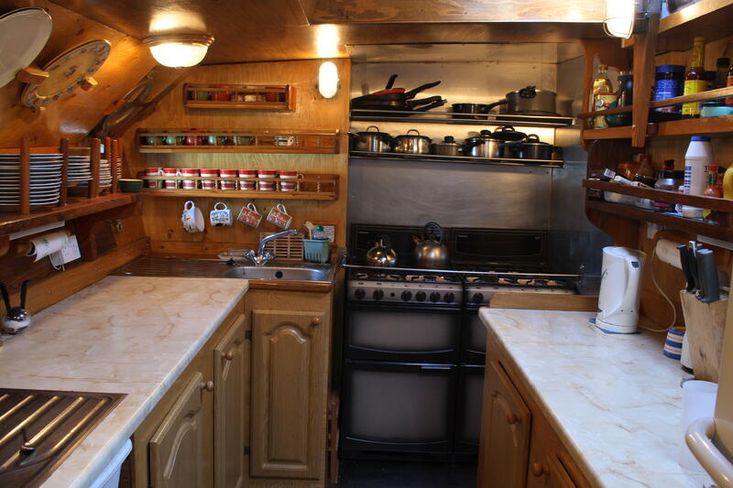 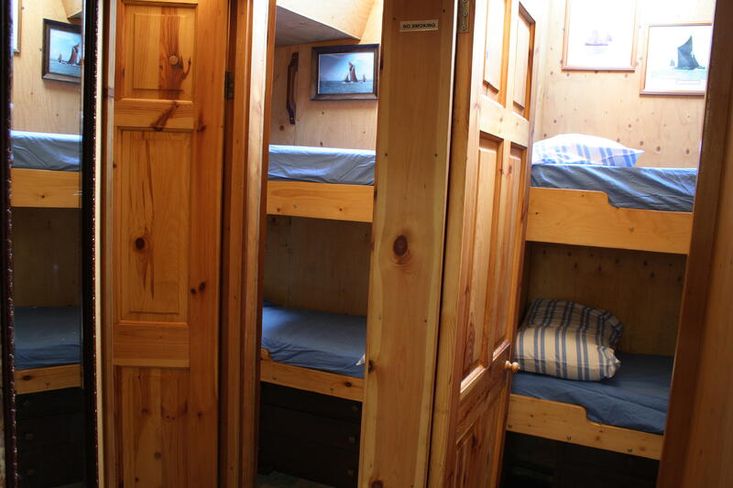 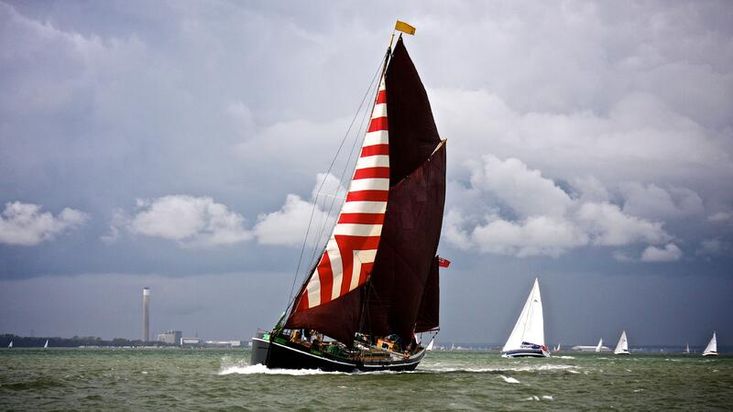 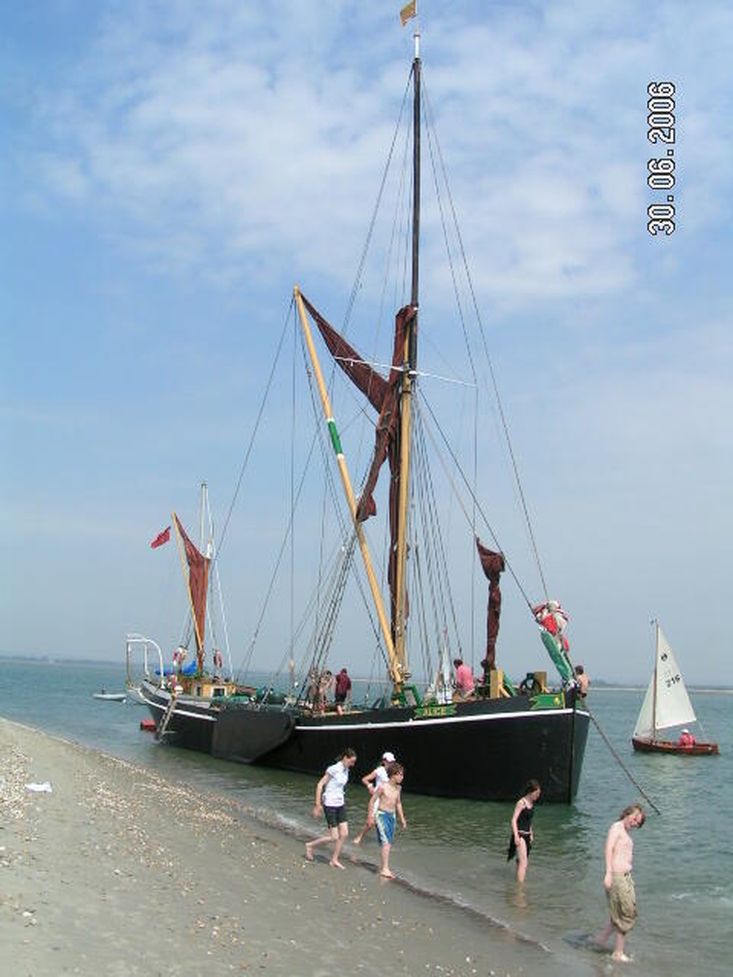 A rare opportunity to purchase a Thames Sailing barge that is in very good order and ready to sail, charter or live aboard.

Thames Sailing Barge Alice is a 75ft, steel barge with space for 30 people aboard for private use or to accommodate up to 60 people alongside for parties or drinks. Alice is fully coded for charter work; when chartering she is coded to carry 12 paying passengers and 5 crew (17 in total). For the past 13 years Alice has been berthed at Gun Wharf Quays marina in Portsmouth during the charter season to give easy access to the Solent. Under current ownership she has been very well maintained to keep up her commercial coding and has just had a full MCA survey this year. The current owner installed a new Ford 125hp 6 cylinder diesel engine shortly after purchasing; the engine has been well maintained and runs very well. With a 20ft beam Alice offers a huge internal cabin space with a very large main saloon fitted with a wood burner, 3 bathrooms and a galley / kitchen with 2 gas cookers, 2 sinks and 2 fridges and is thus very suitable for commercial entertaining.

A charter revenue of £55k per annum has been achieved on a non-commercial basis; this figure could easily be increased significantly with additional advertising and marketing. She was not chartered in 2020 during the pandemic.

Alice has a huge advantage over any other Thames sailing barge as she is a modern conversion and therefore of welded steel construction with ½ inch steel plate. All other Thames sailing barges are either wood or riveted steel. As such, Alice is structurally very strong, much easier to work on and requires far less hull maintenance than other Thames barges. The external hull and deck have been fully coated with epoxy thereby reducing corrosion to a minimum. Other Thames barges also have prop shafts which are offset from the centreline whereas Alice’s engine and prop shaft are on the centreline so she is relatively much more manoeuvrable and has better efficiency and performance.

Built in 1954 by J. W. Cook for Hubbocks as a steel swim headed lighter, she operated from the river Lea to the Lower Pool of London. At that time, she was towed or rowed. During the time she operated as a lighter in the 1970’s, she was used to carry supplies to the Pirate Radio ship “Radio Caroline”.

She was taken out of trade in 1994 and bought by Owen Emerson. He refashioned the bow and stern, fitted all the necessary sailing equipment using authentic equipment from older barges. An engine and a fully fitted pine interior were also installed and in 1998 Alice was re-commissioned as a classic Thames Sailing Barge. Since 2005 she has been family owned and chartered in the Solent area.

A note from the skipper:

She is great fun to sail when one can experience the awesome forces that act on her enormous sails even in a moderate breeze. When under sail, one can imagine the skill that was involved in handling such a 60 ton boat at the beginning of the last century with no engine, GPS or radio or other modern equipment. In those days a boy who went to sea at 13 became ‘quite good’ at 50 and retired at 55. Now, with her engine, central heating and spacious cabins these concerns are lessened but, skill and experience are needed to sail her safely. Most of her sailing has been weekend cruising in the Solent with a few trips over to France.

Motoring up the Medina

Needlers in front of